The sound performances of Arma Agharta span a broad territory between unbridled eruptions of chaotic noise and hypnotic psychedelic rituals. Although his live sound, created by analogue instruments, formally fits into the familiar shelves of lo-fi, drone, etc., in reality it contains many more shamanic elements that are hard to describe yet are perceived instinctively and gutturally. The
performer himself, jumping frantically among his ritual props and dressed in ever different exotic outfits, with his face hidden behind some creepy mask of a non-existent tribe, a Neanderthal wig or some other stunning accessory, also looks like a guide to the netherworld of forgotten spirits. Yet all of this is not as gravely serious as it might appear: another prominent element of Arma’s performances is absurd humour, which plunges the listener into an infantile subconscious space through odd bodily movements, spontaneous improvised games and the voice, detached from meaning and turning into unintelligible glossolalia. Arma is also one of the most widely travelling Lithuanian sound artists. This mobility brings about both new influences, which become evident after each intense tour, and openness to all kinds of
collaborations with other underground artists.

His music has been released exclusively on cassettes on Russian and Lithuanian labels. Currently Arma also collaborates with a well known Lithuanian sound artist Arturas Bumsteinas aka Refusenik. 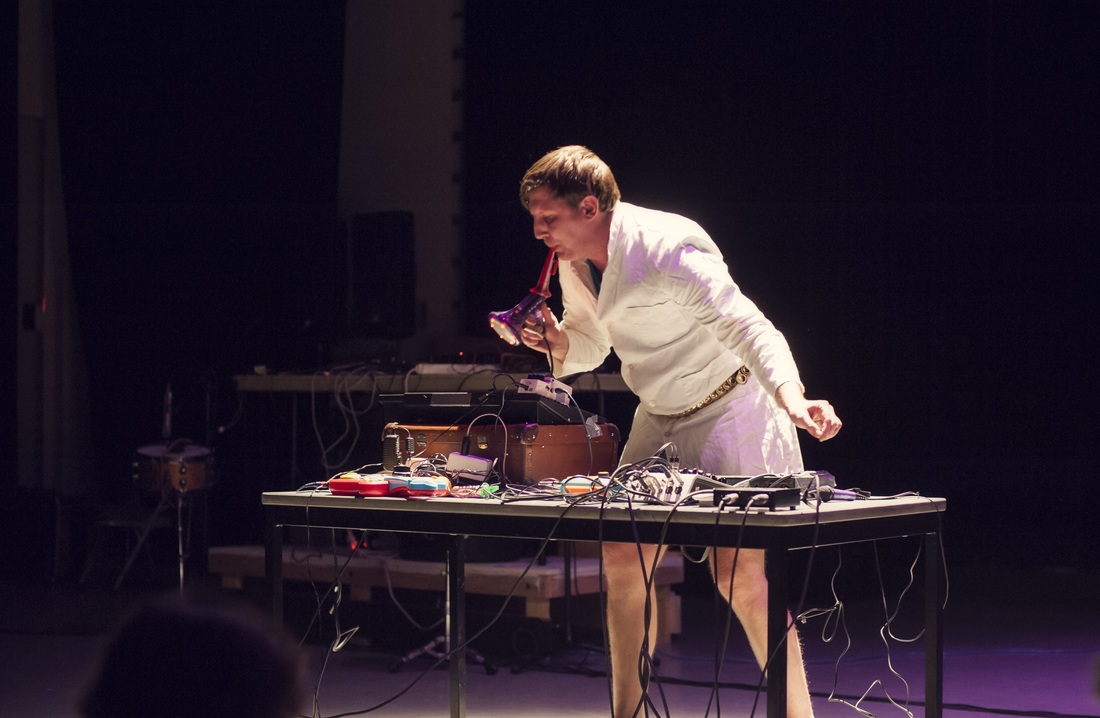